Some Cuts Scar, Others Do So Much More

Action Aid is an international charity whose primary aim is to battle poverty and injustice worldwide, particularly among women and girls. 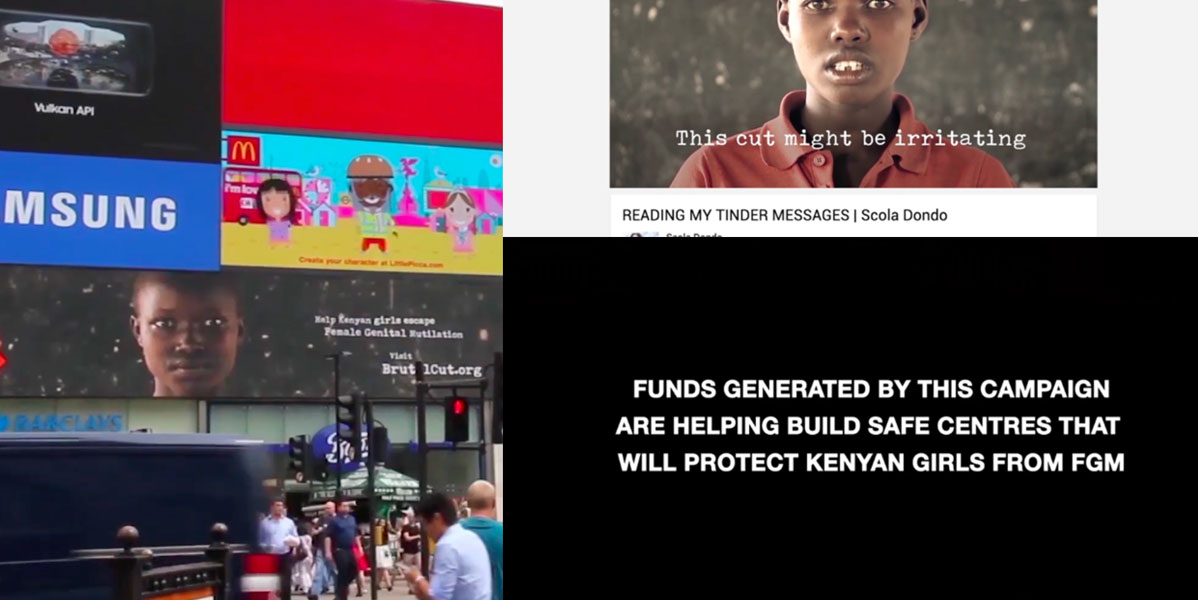 Three million girls in Africa aged 4-12 are at risk of female genital mutilation (FGM) each year. ActionAid asked us to get more people in the UK talking about this uncomfortable subject and horrific abuse..

In the run-up to cutting season, we created a #BrutalCut of our own.

The #BrutalCut That Did Good

Short video messages from Kenyan girls facing the threat of FGM were unexpectedly cut into content by vloggers, influencers and publishers.

#BrutalCut went beyond the web. At noon on launch day, 132 digital screens across the UK were cut, including London’s iconic One Piccadilly, in the first-ever synchronized disruption of outdoor media. Screens at the Latitude music festival and trailers at cinemas were cut too.

Back to Human Nature

Our website uses cookies for various purposes, including to enhance the site’s functionality, and help us understand how you use and interact with the website. To learn more about the cookies used and your choices, please see the Privacy Notice. Please indicate below whether you agree to the use of cookies for the purposes described above: